It has been a couple months now since I packed up my office, taking with me the books and files needed to teach online from home.  For some in the healthcare field and supportive industries, the pandemic brought a frenzy of activity in efforts to save human lives.  For the 1.5 million Americans who have contracted COVID-19, and the family and friends of the 90,000 Americans who have died, these months have been filled with unimaginable suffering. But for much of the rest of the country, as nonessential businesses shut down and shelter-in-place orders went into effect, it felt like life’s pause button had been pushed.  And we were launched into liminal space.

Liminal space is time that is betwixt and between.  It’s when we have left our usual way of life but we can’t yet see what the future holds.  In a previous blog, I have written of Holy Saturday, lodged between Good Friday and Easter Sunday, as expressive of liminal space.  We experience it in our personal lives when something drastically changes or someone dies, and we are left floundering between the lost past and the unknown future.  This space is uncomfortable and often filled with anxiety.  It can also be a creative time for spiritual growth and change.  Paul may have experienced it in his prison cell.  Perhaps even the exile of the ancient nation of Judah to Babylonian could be viewed as an extended period of liminality with an unclear future.

As a nation and as individuals, we have been suspended in liminal space with life seemingly in a pandemic pause.  Normally, when we pause a movie on our TV or computer screen, we expect that when we push that button again we will return to the scene that we left, as if the pause had never occurred.  People across this nation are eager to do just that – to get back to business as usual and life as it used to be.

But before we move too quickly away from this pandemic pause and liminal space, it is important to reflect on what we have experienced and learned as a nation during this time.  Having watched the news and witnessed human suffering, we need to reflect on what has happened from a faith commitment to justice and care of the earth. 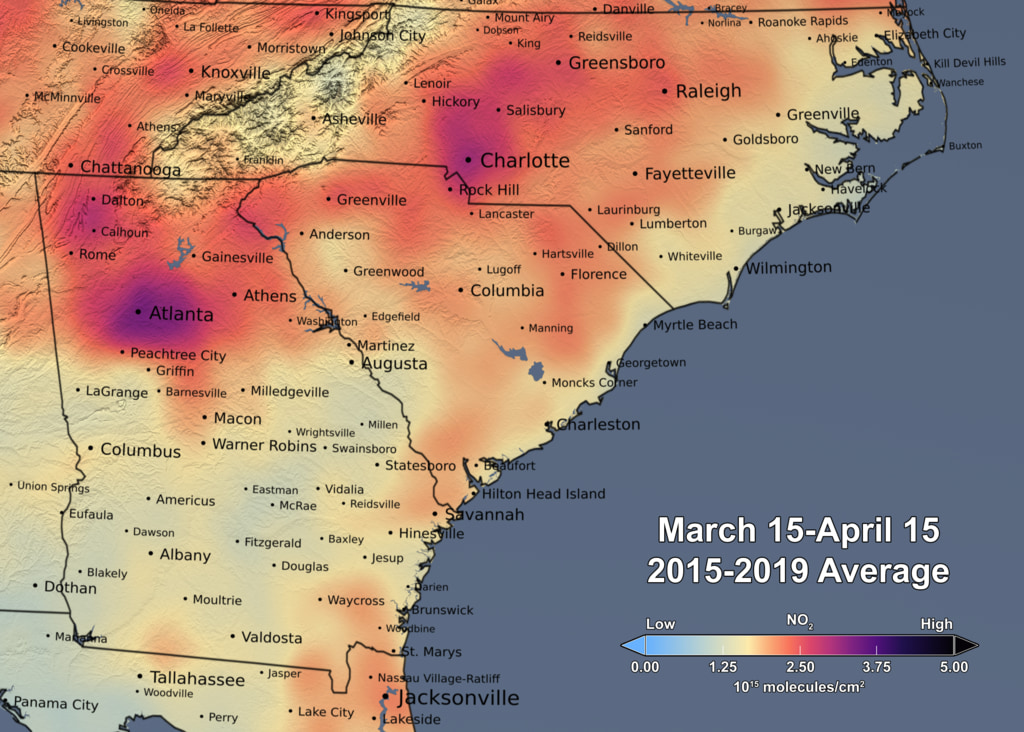 One of the most hopeful aspects to this pandemic pause has been the decrease in smog over large metropolitan and industrial areas.  Aerial views have shown strikingly clearer air as the use of fossil fuels dramatically decreased with industry shutdowns, plummeting airline use, and reduced gas engine transportation. 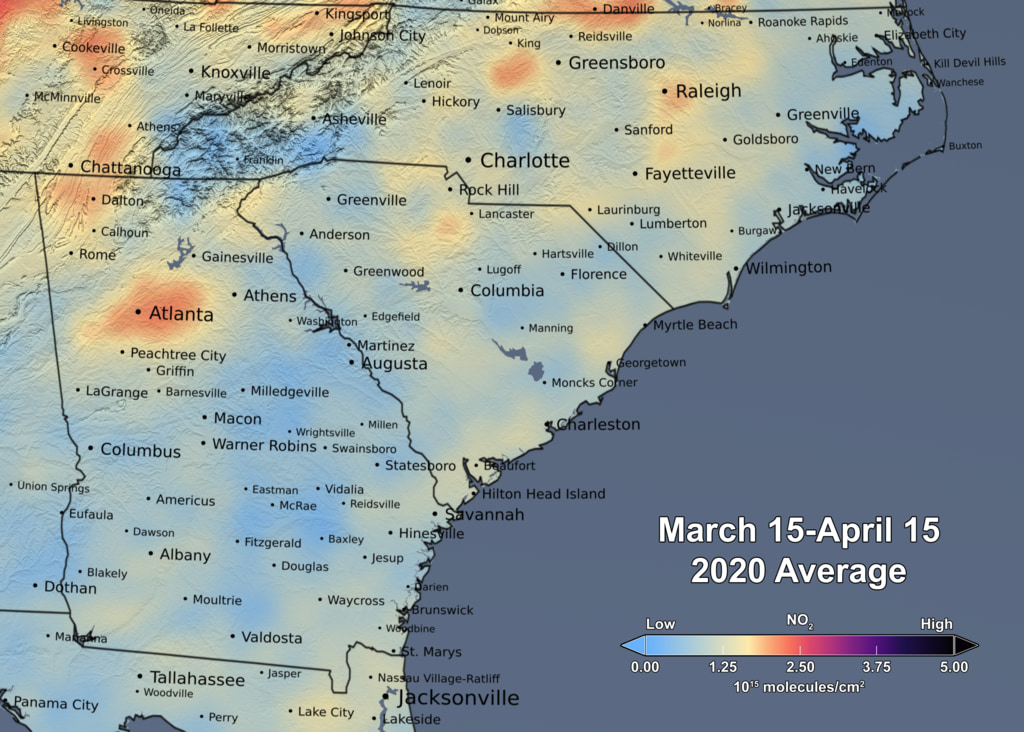 For the first time in decades, many who live in large cities, such as those in the north Indian city of Jalandhar, can see the beautiful Himalayan mountains that have been hidden behind clouds of smog.

The negative effects of the human activity of burning fossil fuels can no longer be disputed, and the benefits for a more beautiful and healthy life by transitioning to clean energy is clear.  It is estimated that breathing in the particulate matter of smog is responsible for millions of deaths every year.  And the invisible greenhouse gases emitted by burning fossil fuels are causing the global warming that results in climate change.  The fact that two months of significantly reduced use of fossil fuels could result in such dramatic changes gives credence and hope that human action can be effective for the climate crisis.  It is projected that there may be a 5-8% reduction in greenhouse gas emissions this year.

While this is welcome news, it also demonstrates the magnitude of rapid change that must be undertaken.  A November 2019 United Nations Environment Programme report has warned that in order to avoid the worst effects of climate change, greenhouse gas emissions need to be reduced by 7.6% every year between 2020 and 2030.  Meeting this challenge will clearly result in great good, but it will require incredible commitment and concerted action by all.

One of the more surprising aspects of this pandemic is seeing that when national leaders realize there is a health emergency, radical action can be taken.  Heads of nations, states, and local communities made far-reaching and impactful decisions when faced with the clear and widespread health threat.  However, it has also been painfully clear that if there is not early acknowledgement of such a threat, careful planning, and thoughtful changes made to address it much harm is done.  When responses are reactive, poorly executed, and under resourced, emergency actions are then highly disruptive and cause deeply negative impacts on the lives of people and communities.  This has significant relevance for the much larger and looming threat of climate crisis.  The sooner we acknowledge and respond to it as the emergency to human life that it is, taking necessary actions in a planned and thoughtful way, the less disruptive and more beneficial will be the outcome.

This leads directly into another area on which to pause for reflection, and that is the exercise of good leadership.  In a roiling emergency that threatens human life and well-being, good leadership can make a significant difference.  Good leadership involves preparing for impending threats, respecting the scientific and medical experts, collaborating for the well-being of all, putting aside differences, seeking the common good, and working to unify people so that they can face the threat together.  Poor leadership is the opposite, and instead prioritizes personal interests and political gains.  Quite likely, the wise and early management of COVID-19 as it was just emerging in this country could have led to far different outcomes with fewer deaths, and our country may not now be in economic shambles and polarized unrest.  The implications for addressing the climate crisis are clear.

The pandemic has also made painfully clear the deep inequities of American society and shown that in a disaster those who are poorest and most disadvantaged suffer the most.  Working class Americans with jobs that cannot be done from home have economically suffered the most from business closures.  Those who have continued to work at low wages in essential businesses, such grocery stores and meat-packing plants, have high rates of exposure.  In many areas, African Americans have experienced coronavirus fatalities at much higher rates than their percentage of the population.  The inequities and inadequacies of a patchwork healthcare system tied to employment has become clear.  People who have survived near death experiences with COVID-19 have been left with massive medical bills.  At the same time, the importance of those whose labor is often unnoticed has become abundantly apparent.

This has helped me better understand the reason a climate action framework such as the Green New Deal emphasizes and considers as essential care for those historically disadvantaged and concern for a just transition to a green economy for workers.  These are the people most likely to get hurt in a rapid emergency response.  This accords well with a biblical understanding that measures a nation’s justice according to how well it treats the most vulnerable.

Even as the prophets of old sought to interpret historical and political events, lifting them up both as warnings to a people gone astray and as opportunities to change their ways, so must we consider the implications of this pandemic pause.  We must not simply press the button to end the pandemic pause and try to return to business as usual.

We have been given a little peak into the healthier and more beautiful world that can be when we transition away from fossil fuels to clean energy.  Just as the biblical writer understood the exile as providing Sabbath rest to the land (2 Chronicles 36:20-21), so too the air has experienced some Sabbath rest from industry’s relentless greenhouse gas emissions.  Each one of us has learned how we can lower our emissions through decreasing air travel, teleworking, decreasing our shopping, and staying home more.  We have been living a simpler life.  Perhaps it is time to embrace more fully a Christian simplicity that does not use more resources or energy than we truly need.

Rebuilding the economy after this shutdown provides the opportunity to do so on a different basis, paying attention to justice and sustainability concerns.  But this takes more than individual action.  It requires committed leadership at all levels.  The national election just six months away provides us with another opportunity.  We each need to inform ourselves about political candidates up and down the ticket and engage others in informed voting so that we elect leaders who are committed to bold and effective action in addressing the climate emergency and prioritizing healthcare and justice for those who are most vulnerable.

Finally, my hope is that this pandemic pause will help us renew our commitment as a nation to values that better align with our faith and the nurturing of society.  Such values include compassion, kindness, respect, and honoring the divine image in every person.  Such values encourage the flourishing of all, place people above profits, recognize that our well-being is interrelated to the well-being of all others, and seeks harmony with our wondrous and life-sustaining earth.  As I have walked around our neighborhood, I have smiled at the home-drawn hearts placed outside by those who are sheltering in place. They reach out to anyone who passes by with messages of love.

Pondering Peace: A Buttry Center for Peace and Nonviolence Blog